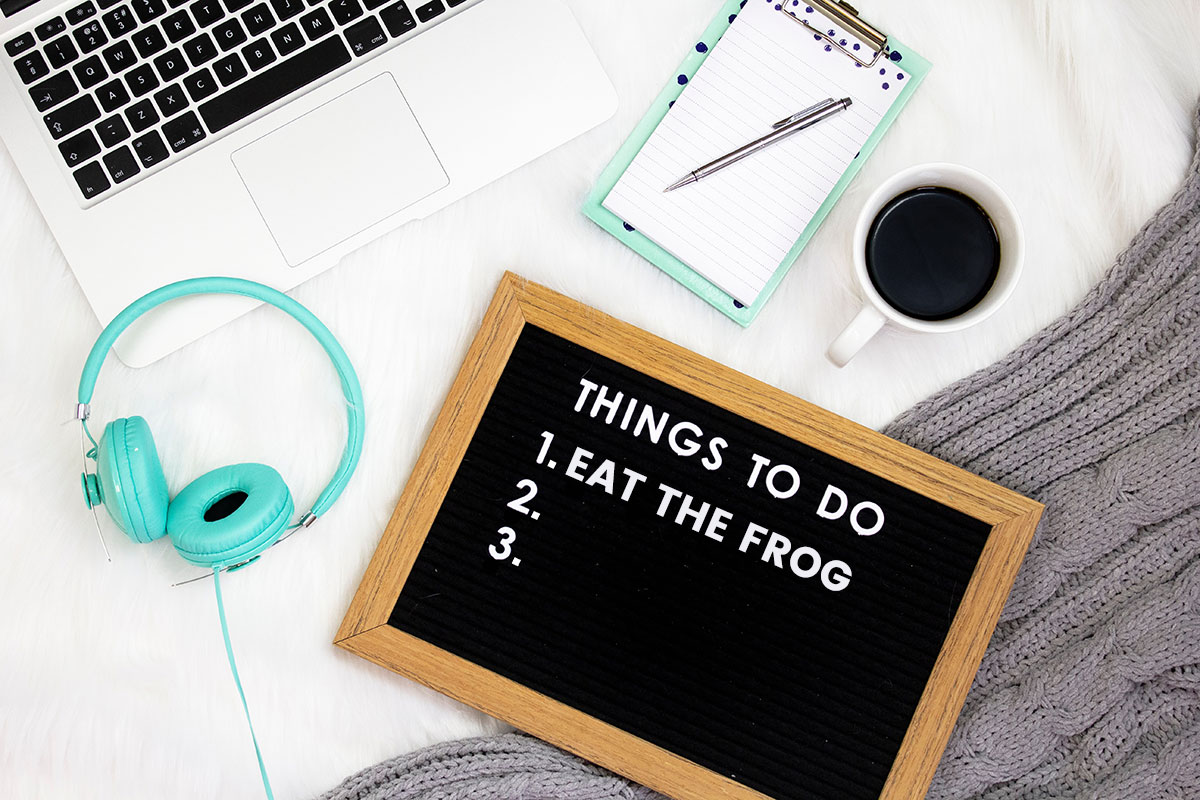 By Prateek KatyalDecember 1, 2020No Comments

Quick tip that made my day today. So I had been procrastinating on a task which wasn’t “important” but I had to get it done. Also, I knew that it would easily take up 5-6 hours of my day. So after successfully putting it off for 3-4 days, I had to eat the frog.

I was reminded of this Mark Twain quote :

The frog in this case, is that task on your to-do list which you don’t want to do. The task you’ve been putting off for a while. So do yourself a favor & eat the frog first thing in the morning. Gobble it up. Do that task first.

There could be a ton of reasons why you want to put it off even more. Is it too boring? Too tough? It’ll take too long?

Nevertheless, eating “the frog” first thing in the morning will set your second half for better stuff & you’ll also have the confidence from knocking the god damn frog out.

I create ‘stuff’ on the interwebs 🌎 ‘Stuff’ 👉 photos, videos, websites 📸