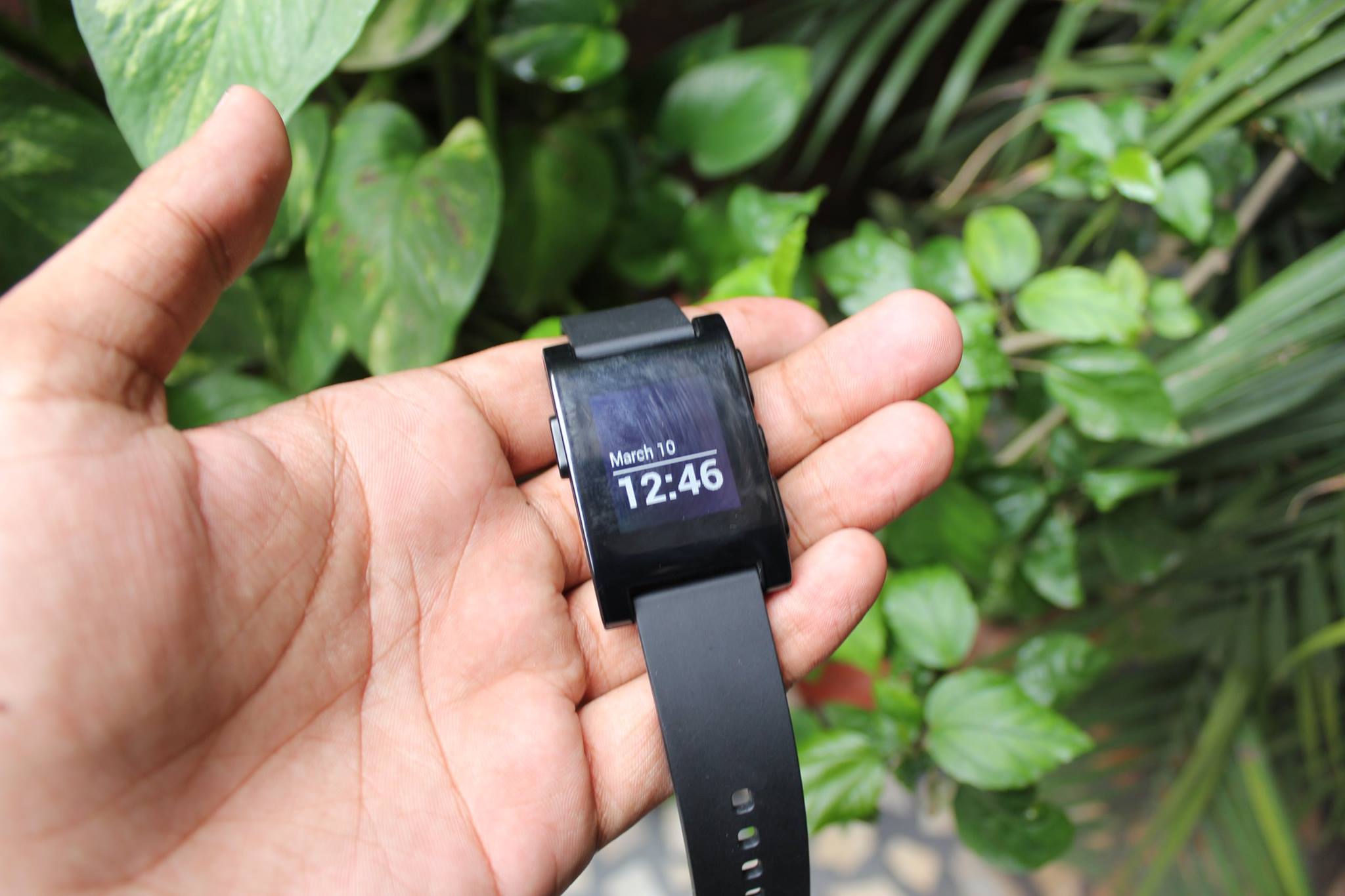 Wearable tech is picking up fast and one of the most important part of wearable tech is Smartwatches. What started as a Kickstarter project has now become the center of attention when It comes to smartwatches. Yes, I am talking about the Pebble Smartwatch. I bought my Pebble back in December 2013 and I have been using it every single day since then. If you are expecting the Pebble Smartwatch to be packed with tons of features and cool stuff which you can show off then you’ll be disappointed because thats not what Pebble is. Instead, It is a very balanced and practical smartwatch.

Notification system
Receiving notifications is the main task a smartwatch has to perform and the Pebble smartwatch does it exceedingly well! It is compatible with both Android and iOS and it vibrates on receiving any notification.

Battery life
Thanks to its e-paper display, Pebble has an awesome battery life! It lasts for about 4-5 days on a full charge. As of now, we have seen a bunch of Smartwatches from different manufacturers but none of them have really addressed the problem of battery life other than Pebble. Still, I would suggest that you switch it off when not in use to get the best battery life.

Simple design
The Pebble smartwatch has a very simple design and you can even change the straps whenever you want. Pebble also launched a new version called the “Pebble Steel” at CES 2014.

Waterproof
Yes, the Pebble smartwatch is waterproof. Wash your hands while still wearing it on, and it will take it like a trooper.

Controlling your music through your watch
You can even control the music being played on your smartphone through Pebble. Although I haven’t used this feature a lot but Its definitely something which will be useful for a lot of you.

Watchfaces and Apps
In January 2014 Pebble also launched Its official App Store listing 100’s of watchfaces and apps. It isn’t a huge catalog, but lot of developers have started pushing in more and more apps as time passes.

It drains your phones battery
Pebble uses bluetooth to connect to your smartphone, hence bluetooth should be turned on on your device all the time! On the iPhone 5 I noticed a decrease of about 10% due to this.

Charging port and cable
In order to maintain the waterproof status of the watch Pebble had to avoid using any open ports. Therefore, the charging port is instead a weak magnet which barely clings on to the charging cable.

Conclusion
Yes, the Pebble smartwatch isn’t equipped with a colored display and a camera but It is still one of the best smartwatch out there. Its comfortable to wear all day and is really light weight too. With Its amazing battery life, e-paper display and simple design it is definitely a bang for your buck.

So what do you think about the Pebble Smartwatch? Would you be getting one soon? Don’t forget to leave your views in the comments section!